Asher Wool, 8, uses a ferro rod and striker to light a bundle of tinder aflame at Earthwork School in western Massachusetts.

The Coronavirus Crisis
Texas Teacher Takes Her Students On A Road Trip Through U.S. History — Remotely

Asher spent three weeks at Earthwork camp this summer, the kids all in masks and mostly keeping 6-feet apart. And even though he’ll be in school this fall — «We’re probably doing Zoom school,» he says — he’ll also be out in these woods one full day a week, participating in a program that was previously only available to homeschool kids.

His mom, Andrea Wool, says with the demands of remote schooling, her son is going to need every minute in the woods he can get.

Demand has surged for outdoor and wilderness programs, driven by parents desperate to get their kids off-screen and out of the house. Numerous New England wilderness schools report they could double or triple their already increased programming and still have waitlists.

«I think we’re entering the golden age of outdoor education,» says Sam Stegeman, executive director of the Vermont Wilderness School. «Because of COVID, one of the silver linings is we’re finally getting huge numbers of American children outdoors during the school day.»

But who gets to participate in wilderness education? Like the much-hyped learning pod phenomenon, the rush to secure spots in wilderness homeschool groups can easily become another example of the opportunity hoarding that leads to learning inequality.

David Brownstein is executive director of Wild Earth, a wilderness school in New York’s Hudson Valley. He says for years he called his school accessible because of their generous financial aid program.

«But it really didn’t meet the needs of people who are like, ‘I don’t have money for these kinds of things at all. They’re not even on the menu of what’s possible for my family,'» Brownstein says.

Four years ago, Wild Earth began a collaboration serving the 2,200 public middle school students in the urban district of Kingston, N.Y. The instructors took the kids on forest field trips, and they met the same kids on the school playground twice a week during recess.

The collaboration is especially meaningful to Zachary Jones, a Wild Earth program team leader. Jones is Black and Asian — that’s rare in the world of wilderness education — and he was one of the few kids of color in the woods with Wild Earth when he started doing their programs 17 years ago, at age 9.

«We have students that have commented that they’ve never been in the woods before. They didn’t know certain insects, they didn’t understand how to build a fire.»

Bonville adds that there are numerous academic benefits to Kingston’s collaboration with Wild Earth.

«We’ve had teachers that have actually taken the programming from outside and brought it into their classroom,» she says.

But ultimately, Bonville says, the benefits to Kingston students come down to the social and emotional support kids receive from Wild Earth staff. 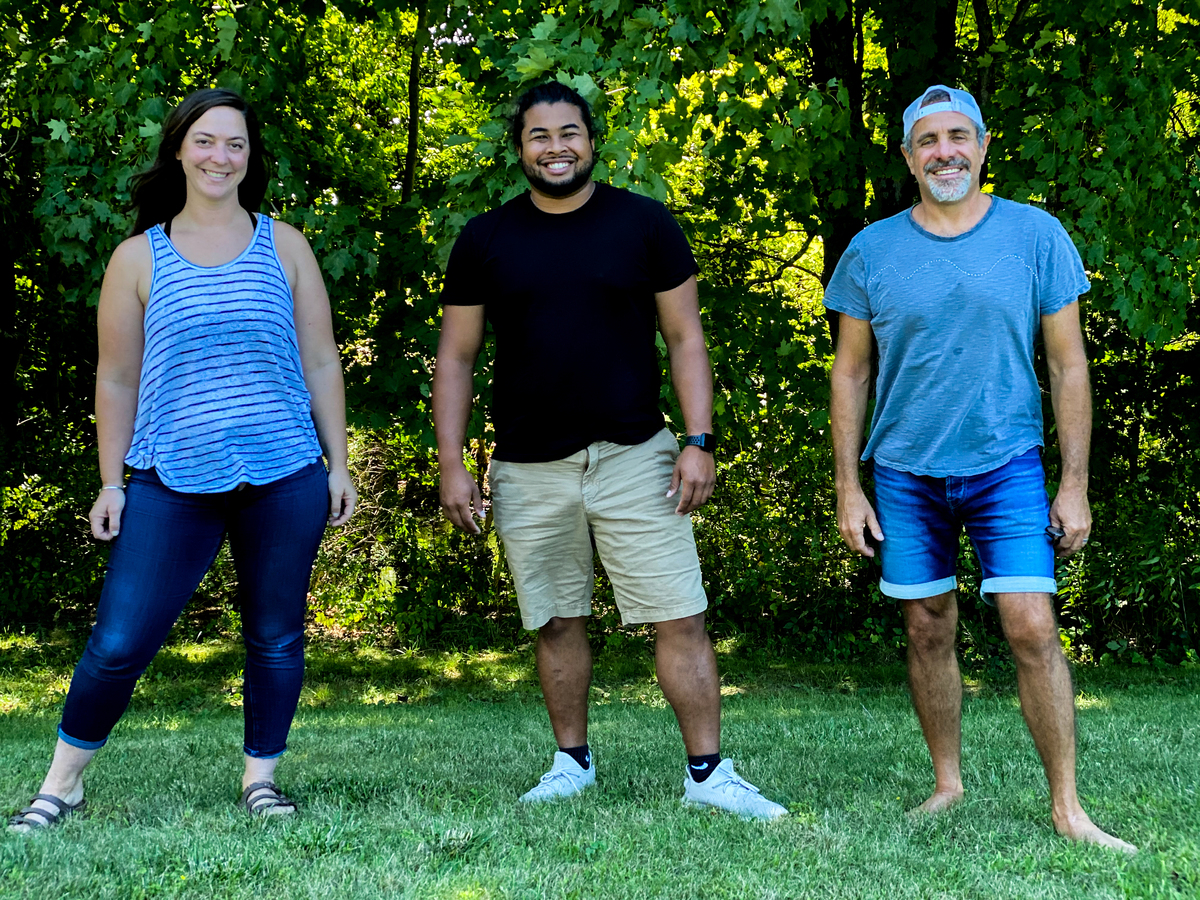 However, COVID has put that social and emotional support for students on hold, at least for now. Kingston — like most urban districts across the country — is starting the year remotely. Field trips are canceled. Recess doesn’t exist. Instead, David Brownstein hopes Wild Earth will find other ways to meet kids’ needs for safe, structured outdoor play.

«We may end up in a parking lot running games after the school day,» Brownstein says. «And then, as soon as they’re done, we’re like, ‘Come on out, and let’s run around together.'»

Back in western Massachusetts, Andrea Wool — who already worked at home before the pandemic — says she knows it’s a privilege to be able to pull her son Asher out of remote school for a weekly day in the woods at Earthwork.

«I have the flexibility and schedule to just be able to drive him out here,» Wool says. «Not everybody can do that.»

Asher himself is still working on firebuilding. He kneels before a small bundle of tinder he’s placed on a rock, using a survival tool called a ferro rod and striker to make a spark and set his tinder aflame.

Once a spark connects to the tinder and starts to glow, Earthwork instructor Michael Haynack picks up the bundle. He coaches Asher on how to use a long, gentle breath to build the heat of the coal. Suddenly the whole bundle comes alight in Naynack’s hand.

Asher’s pride is evident. A little fire to help him make it through the rest of his week at Zoom school.