A new report finds FEMA is not effectively allocating money for homes that repeatedly flood. More than 100 homes in Cameron Parish, La., have flooded multiple times according to FEMA data. 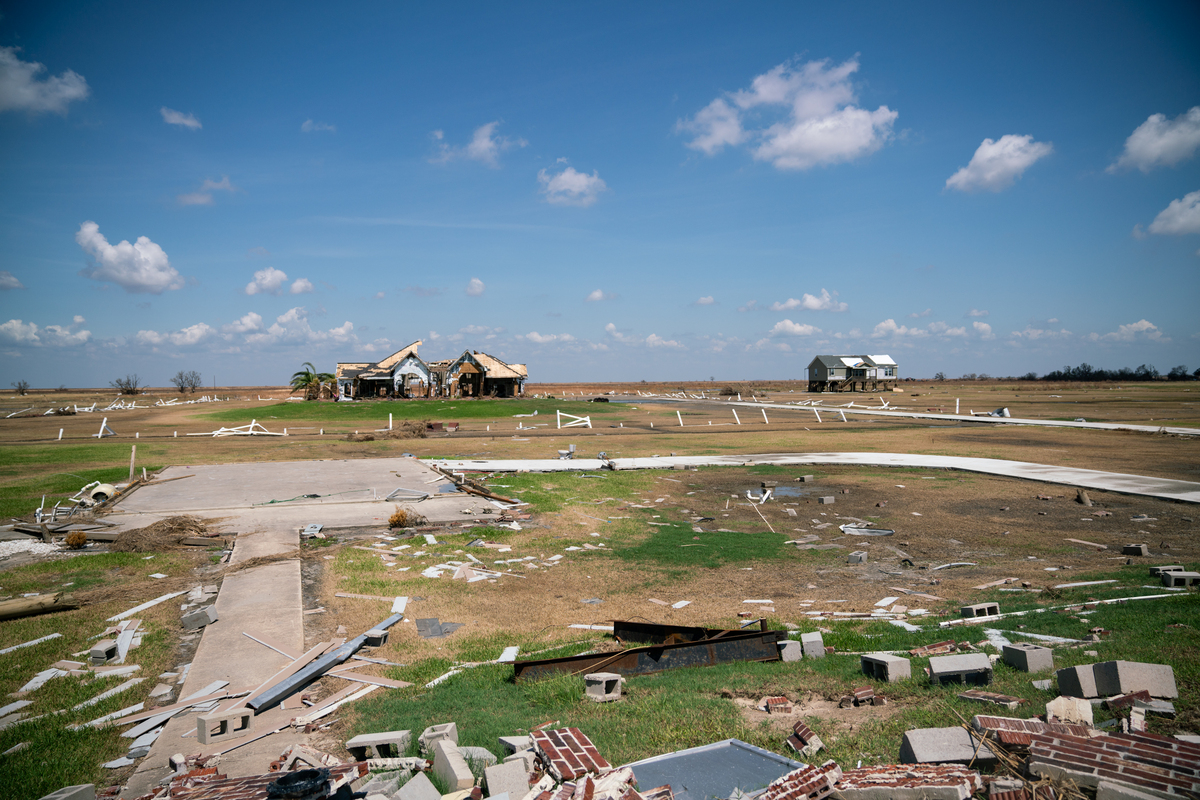 A new report finds FEMA is not effectively allocating money for homes that repeatedly flood. More than 100 homes in Cameron Parish, La., have flooded multiple times according to FEMA data.

The Federal Emergency Management Agency fails to help tens of thousands of people whose homes have repeatedly flooded, according to a report by the Office of the Inspector General for the Department of Homeland Security.

A 2004 law requires FEMA to keep a list of homes that have repeatedly flooded, and prioritize those homes for federal assistance. But the new report finds that FEMA’s list is rife with errors and that nothing has been done to reduce the flood risk for most of the nearly 38,000 homes on the list. The Department of Homeland Security oversees FEMA.

FEMA «provides neither equitable nor timely relief» to those who own homes that have repeatedly flooded, the report states.

«These properties are really the tip of the iceberg when it comes to staring down our climate change future,» says Anna Weber, a flood analyst at the Natural Resources Defense Council. «Flood risks are increasing all across the country — this isn’t just a coastal problem. So, if we don’t act to address the risk to properties like these, we’re going to see more and more repetitively flooded properties all over the nation.»

Between 2005 and 2018, the number of repeatedly flooded properties in the U.S. nearly doubled, according to FEMA’s data. Climate change is driving more frequent and severe flooding in much of the U.S. because sea levels are rising, and hurricanes and other storms are dumping more rain.

When a house floods repeatedly in a short period of time, it’s eligible for special help from FEMA. For example, homeowners can apply for money to help cover the cost of raising the house’s foundation. Or, if multiple houses in a neighborhood are flooding, the local government can apply for federal funding to update drainage infrastructure.

In the most drastic cases, FEMA can help the local government purchase a home that has flooded multiple times and demolish it, allowing the people who lived there to move to a safer place and allowing water to flow with fewer obstructions and be absorbed into the ground more easily.

Demand for flood mitigation funds has skyrocketed in the last decade, according to the new report, and consistently outstrips the amount of money available through FEMA. That has led to mounting pressure from Congress to prioritize homes that are known to be at high risk, including those that have repeatedly flooded.

The vast majority of residential flood insurance is provided through the heavily indebted National Flood Insurance Program, which is funded with tax dollars.

Despite the cost to taxpayers, FEMA does not have an accurate list of properties that have flooded repeatedly, the report found. The inspector general’s office spot-checked about 800 homes on FEMA’s list and found that 140 of them were incorrectly classified.

Of the 140 misclassified homes, 111 of them had been elevated so they were no longer prone to flooding. But, because they were on FEMA’s list, the occupants were required to pay for expensive flood insurance.

Other homes on the list didn’t exist at all. In at least one case, the inspector general’s office found that a home that was on the list in 2019 had actually been purchased using federal flood mitigation funds and demolished more than 25 years earlier, in 1993.

The report’s authors found that FEMA’s inaccurate list makes it all but impossible for the agency to prioritize who should get federal help for flooding. The authors also express concern that FEMA «does not distinguish or prioritize relief for primary versus secondary residences,» which means people stuck in homes that flood over and over are competing with those whose beach houses are at risk.

«This subset of insured properties that flood over and over again have strained the [National Flood Insurance] Program’s finances,» said Velma Smith, a flood expert at the Pew Charitable Trusts, during a March 2019 congressional hearing on flood risk. «In some years, repetitive loss properties account for as little as 1% of the program’s policyholders but make 25 to 30 percent of its claims.»

FEMA acknowledged the report’s findings and agreed with all the recommendations. In a memo responding to the report, FEMA Associate Administrator Cynthia Spishak wrote that the agency will reach out to the communities with a large number of repeatedly flooded homes and come up with a plan by the end of 2021 to allocate funds more equitably and efficiently.

In 2017, the Natural Resources Defense Council published the data for the first time, after obtaining it through an open records request. Today, the group published a dashboard that allows anyone to search by county to see how many repeatedly flooded homes are in their area.

«Stormwater management and floodplain management are done at the county level,» Weber explains. «So, people can start to get an idea of not just what the physical risk is, but how different jurisdictions are working to address that risk and how well they’re doing.»